Weeding out a history

=I wrote the following piece as part of a job application - the brief was to take a recent academic article and present and contextualise it for a general audience. Actually, it was a really fun thing to do. This time I've done it on someone else's work, Snir et al's paper last year on the super-site of Ohalo II which has exceptional organic preservation. I've just had a paper accepted on a similar theme, so once that's in print I'll try to do the same thing for it. It's a little less chatty than my usual blogging style, and intentionally more journalistic, but hopefully still engaging.


Weeding out a history
“Proto-weeds” discovered in early cultivation attempts in Israel reveal precursor to domestication, 10,000 years before the onset of agriculture

Over 140 species of wild plants were gathered at the hunter-gatherer campsite of Ohalo II, Israel, c. 23,000 years ago, as testified by the survival of more than 150,000 preserved plant specimens, report Snir et al1. As well as wild cereals, 13 species of well-known current weeds including corn cleaver (Galium tricornutum) and darnel (Lolium tementulum) were found. These finds, with accompanying plant processing technology (flint blades and grindstones), provide the earliest evidence to date of possible small-scale cultivation, 10,000 years prior to the origins of agriculture proper.

Agriculture arose around the start of the Holocene at several global centres2. Prior to this date, however, archaeologists note the existence of ‘niche construction events’3,4, whereby hunter-gatherers altered their landscapes, delivering the necessary preconditions for future domestication: selectively hunting animals, firing vegetation, and selectively gathering and processing wild plants. Such activity is widespread and occurs very early on: wild small-seeded plants including grasses were targeted by hunter-gatherers 100,000 years ago in Mozambique5, 30,000 years ago in Australia6. Such plants were processed into flour or porridge around 30,000 years ago6,7. Such reports often appear as isolated events, but the wealth of global finds, greatly aided by decades-long archaeobotanical effort at sites like Ohalo II8–10, indicate long-drawn out trends, prior to the origins of agriculture: niche construction processes, rather than punctuated events. 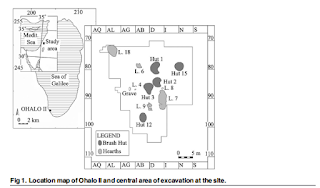 Figure 1 Map of Ohalo II, from Snir et al. 2015
Ohalo II, on the shores of the Sea of Galilee, was discovered in 1989, and excavated between 1989 and 2001 to reveal a hunter-gatherer campsite, occupied around the time of the Last Glacial Maximum (c. 23,000 years ago). The site’s importance lies in its exceptional organic preservation, resulting from the charring of over 150,000 plant specimens while the camp was in use, after which the site was abandoned and inundated by the lake, sealing the deposits in an anaerobic environment and preserving the tiny plant remains within.

The origin of weeds, defined in this paper as “plants that disrupt or alter the functioning and composition of natural ecosystems and human-altered environments"1 are largely obscure, as their identification is dependent on the ability of archaeologists to recognise different species, so that, for example, the food crop Eragrostis tef (teff) is not confused with other Eragrostideae. The identification of proto-weeds is key to unravelling early cultivation attempts: at Ohalo II, their frequent presence among future cultivars (such as wild wheat and barley) is said by Snir et al. to indicate small-scale, trial cultivation plots, something which is further substantiated by the presence of distinctive use-polish relating to green cereal harvesting on flint blades, similar to objects seen 10,000 years later, in the Natufian period.

The findings at Ohalo II are important both because the origins of weeds are crucial to detecting the origins of agriculture, but also as a reminder that hunter-gatherers engaged in sophisticated way with their environments. They emphasise that the first farmers arose after millennia of careful (if not premeditated) forager practice. Most interestingly, perhaps, Ohalo II reminds us to question what occurred in regions where such selective practices were occurring at even earlier dates, but where agriculture did not subsequently develop, e.g. southern Africa and Australia. Only archaeobotanical and archaeogenomic analysis will reveal the answer. 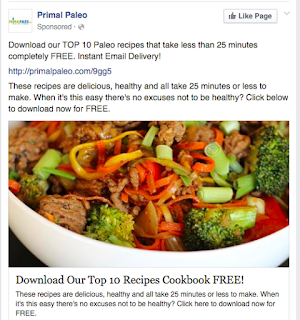 You know what is "Paleo"? Oat porridge
(new evidence has found that hunter-gatherers were grinding future domesticated cereals like oats in Italy 32,000 years ago)

You know what isn't? Broccoli
(as I pointed out in my last post, Broccoli and other Paleo-promoted brassicas such as kale, cauliflower and Brussels sprouts, are all the same species, which has been cultivated and curated by humans into a variety of different forms and tastes. And as far as we know, this certainly wasn't happening in the Palaeolithic, but rather much later. Even Wikipedia knows this)

So put that in your Paleo diet and smoke it...

Putting the PR in Pret a Manger

Let me start by saying that I like Pret. Maybe not as much as the heady days in which I first experienced it as a sixteen-year-old in England and bemoaned the dearth of such wonders in Ireland, but I like it. I think they make tasty sandwiches and salads, their Love Bars are a bewitching amalgam of pistachio, caramel and chocolate, and I like that the sandwiches are made fresh in store everyday.

As such, I, like many post-hipsters of my generation, am a fan of the Pret Christmas sandwich* (which, besides from being tasty, has a reasonable charitable donation as part of the purchase price). As such, I made a trip to the Pret a Manger in Gatwick airport on my way home for Christmas.

While chewing my sandwich and explaining to my long-suffering traveling companion about this great blog I had just started and the ethos behind it, that of trying to counter-balance the mutant archaeological and food science that crops up in day-to-day life, I looked up, and stopped chewing. Another thing I quite like about Pret is the food art they have on posters in store with soundbites on the Pret philosophy. Vaguely memorable ones in the past have included sheep made from cauliflower florets and knitted spaghetti. Here was a butterfly constructed from radicchio and asparagus.
This butterfly accompanied an oh-so-subtle PR masterpiece that beautifully illustrates my beef with the food industry**. If you’ll allow me, I'll present a deconstruction of said PR masterpiece.

1. Alchemy: A bit of a weird word to choose here, since the aim of alchemy (from the Arabic al-kimiya, perhaps via the Syriac kimiya or Hellenistic Greek χημία; OED online, January 2016) was to turn baser metals into gold. This could be read in one of two ways: i) this ‘alchemy’ turns unprepossessing raw materials into something delicious or, more sinisterly, ii) said alchemy is turning unprepossessing raw materials into money.

2. “We don’t interfere with nature”. The use of ‘natural’ as the holiest of food advertising adjectives is one of my greatest bugbears. As any anthropologist will tell you, there’s really no such thing as ‘natural’, which exists solely as a Cartesian dualism in opposition to ‘cultural’ (which is bad??). Even if we use the term to mean ‘not interfered with by humans’, it’s still nonsensical when it comes to food. It would imply that that the food hadn’t been domesticated (so no eggs, no chickens, no dairy products) and was completely wild, which I’m guessing would be an unprofitable model for a sandwich company. Under this rationale many of our sandwich and salad foods simply wouldn’t exist: modern brassicas such as broccoli, kale, mustard, rapeseed (whither your fancy organic mayo without rapeseed oil?), and cauliflower are all derived from combinations of three ancestral Brassica species. B. oleracea (wild mustard) alone is the granddaddy of kale, broccoli, Brussels sprouts and cauliflower, all of which are actually the same  species1,2.  If humans hadn’t interfered with ‘nature’ (which, incidentally, we do simply by being constituent members of our surrounding environments) most of us today would not be alive, and those that would would be rather hungry.

3. “Nowadays, scientists…” This follows on from the last point: we tend to assume that food processing is a modern convention. When asked to think about the history of it we might just about consider how canned foods are said to have revolutionised wartime food consumption , even the origin of bottling in the reign of Napoleon3. But humans have been processing food for thousands of years. Processing is basically a technique to render food more edible, palatable or to extend its use life. So when you cook meat, destroying microbes that could make you ill, you are processing it. The origins of this practice are currently estimated at about 1 million years ago4. You can freeze food to make it last longer, and it wasn’t a process invented by Captain Birdseye. Storage pits are common in the Upper Palaeolithic (that’s from about 45,000 years ago) of the Central Russian Plain, and because permafrost would have covered the ground then, it is reasoned that food would have been intentionally frozen in such pits5.  I’m not even going to start on the origins of plant processing technology today, as it’s my Mastermind specialist subject and this blog post is getting on the long side, but suffice it to say that the next time someone tut tuts at my pasta consumption I will be telling them about 4,000 year old millet noodles6. Humans are clever animals. Food processing is a clever technique that allows us to extract the maximum value out of food resources that are not constantly available. It isn’t necessarily bad.

4. “The damage these additives do to our bodies is the source of tremendous debate and research”. This is the cleverest spin of all. It sounds like a scary sentence, doesn’t it? Read it again though and you’ll see it means basically nothing. It’s like hiding in plain sight: they are completely right, there is debate and research into what preservatives in our food do. But that doesn’t mean that they are bad. Although I’m getting further away from the archaeology here, I feel honour bound as a chemical engineer’s daughter to state that the whole point of ‘E-numbers’ is that the ‘E’ stands for regulation by the European Food Safety Authority, one of the toughest food regulatory bodies in the world. Oh, and while you’re priding yourself on the fact that your food contains no E-numbers, you may want to check your gums for scurvy, because Vitamin C is regulated as E300 and if you’re avoiding it you may have a deficiency.

I enjoyed my Pret sandwich, but we need to be more critical about food advertising that promotes sticky tropes and preys on our (often unfounded fears). Yes, there are some frankly alarming practices that go on in food processing today, but we need to be careful about separating the good (freezing your garden peas so you can enjoy them in January) from the hairy (literally – apparently some commercial ice cream contains hair to make it soft…). More soon…

*Pumpkin spice lattes, however: No. Never. Absolutely not, even if you paid me.


** I warned you about the puns before

Luiseach
What's a gathered material? One half of the 'hunter-gatherer' binomial, gathered materials tend to get less focus and be treated less holistically than hunted materials. A gathered material is something collected or foraged from a generally stable, standing resource patch. It could be plants, pigment like ochre, shellfish, maybe even insects. My interests are primarily towards the plant end, but I'll be looking at other topics occasionally too. Interested in any of the articles I mention, but can't get hold of them? Let me know in comments and I'll do my best to send you a copy.